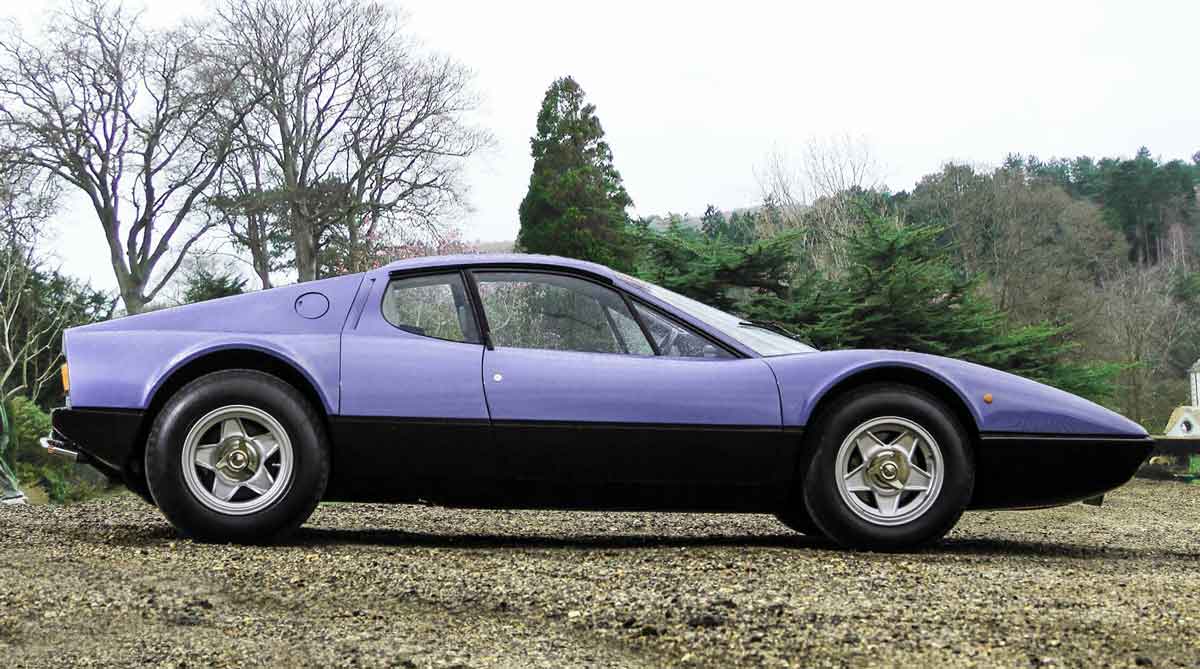 Mid-engined cars have advantages and disadvantages. With the weight more evenly distributed it is easier for the designers to make sure that power goes through all four wheels more equally but good tyres are absolutely essential. if the car starts to spin it will rotate round and round it’s engine and be extremely difficult to control. this is why initially at least mid-engined cars were reserved for the racetrack. A spinning car there was a less serious problem that one on a motorway!

Enzo Ferrari always felt that the buyers of his road cars would be unable to safely handle this type of layout and it took his engineers a very long time to persuade him to switch to this format; particularly since he was not the sort of man to be told what to do! However during the late 1950s competitors with mid-engined cars started to cut into his sales so he was obliged to look at it again.

The first road cars to be built by Ferrari with a mid-mounted engine were the Dino 206gt and 246gt but the first one to be officially a Ferrari, and be labelled with the prancing horse badge, was the Boxer 365 GT/4 BB which was first shown at the Turin Motor Show in 1971, and which came on sale two years later after it was displayed again at the Paris Motor Show in 1973.

The engine was a flat 12 cylinder power unit of 4390 cc producing 346 brake horse power and giving a maximum speed of 186 mph, with nought to 60 acceleration in 5.2 seconds. However, Enzo was proved right. His customers found it difficult to handle. Not only that, his company was not used to designing and building mid-engined cars. Various methods were used to try to improve handling such as putting the gearbox under the engine, and mounting the engine lengthways rather than crossways, but they didn’t really solve the basic problem.

If we add to that the fact that the Boxer had very little racing success, which had always had such a huge effect on sales, the eventual production of only 387 between 1973 and 1976 was a great disappointment, and far less than such a beautiful car perhaps deserved.

The car was never officially sold in the United States; as a result of sharp hikes in fuel prices a 55 mph maximum speed was being enforced there, and environmental and safety legislation was causing more and more problems that the company felt they could do without. However a number of independent importers did send some into America and carry out the necessary alterations to make them street legal, there are still a substantial number of the surviving Boxers there now.