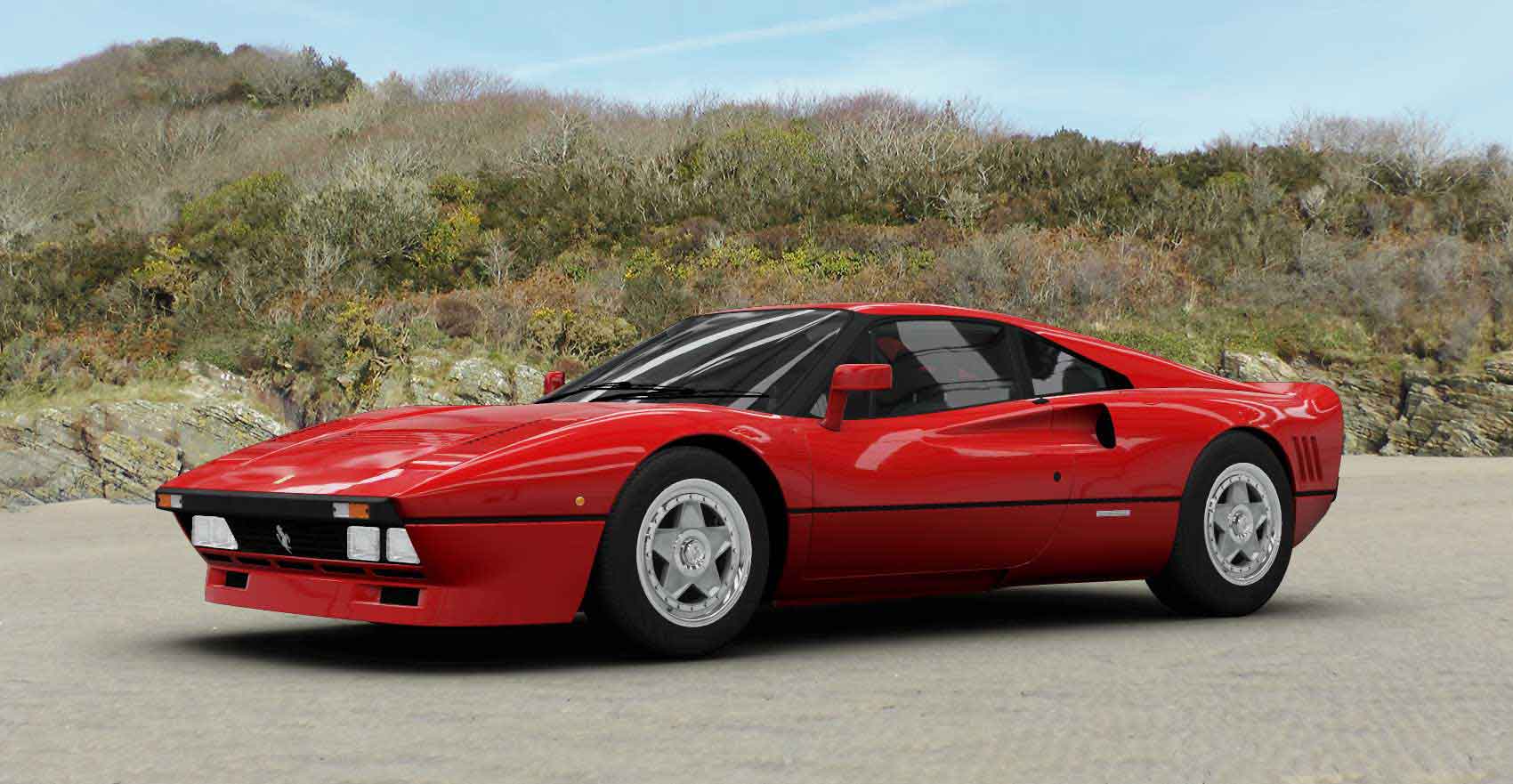 There are several theories about how and why the 288 GTO came to be built and sold. I shall try to set out just the facts below and you can come to your own conclusion!

Back in 1982 Enzo Ferrari was not a completely happy man. He reckoned that sales of Ferrari road cars were slipping because competitors were producing more powerful cars whilst at the same time Ferrari cars were being, as he said, ‘gentrified’. What to do about it?

One theory is that they entered cars for the Class B racing group. This was a new group in which virtually everything went. Manufacturers were free to use exotic materials, turbochargers and ultra lightweight cars. Best of all, in order to be permitted to race, car manufacturers only had to show that they had built a minimum of 200 cars, whereas in some other GT groups they had to show that many more had been built.

The result was that the cars that competed in this group became incredibly powerful and incredibly fast. This resulted in it becoming hugely popular with spectators. However building just a small number of cars just for racing meant that each one was very expensive; but what really doomed Class B was the accident rate. It was horrendous with many deaths.

Since the gloves were off it was possible to make this car incredibly powerful, light weight and fast. Powerful thanks to a 2.855 cc V8 engine mid-mounted longitudinally with twin turbos; power output was around 400 brake horsepower. The weight was kept down by extensive use of fibreglass and Kevlar, with steel only used for the doors; and this car could rocket from nought to 60 in 3.8 seconds and hit 190 mph!

A double set of headlights was fitted to the front because, as the engineers explained, the cars may have to race at night in poor weather conditions so they would need some decent illumination to light up the track.

Now there was a snag. In 1986 a driver called Henri Toivonen was competing in the Tour de Corse rally in Corsica under Class B rules and he was complaining that his 600 brake horsepower Lancia was too powerful and too fast. During the second leg of the race he drove off the road on a tight corner at high speed and crashed into a ravine. He and his co-driver Sergio Cresta were killed; their bodies were incinerated because the unprotected fuel tank exploded and the inflammable Kevlar and GRP car bodywork went up like a candle. this was the last straw and Class B was scrapped from then on.

This of course left Ferrari with 270 racing cars that nobody would want! What to do with them? Why turn them into road cars of course, is what Ferrari did. They created what was virtually a Formula One racing car that was just about street legal.

Enzo knew that he had no shortage of enthusiastic potential buyers who wanted the best and the fastest cars and who were prepared to pay for them. They soon sold the lot of them and Ferrari’s image was given a useful boost.

Did Enzo Ferrari realise that he would end up selling them as road cars instead of racing cars? I couldn’t possibly comment on that and you must come to your own conclusion.

Next: the Mondial Cabrio