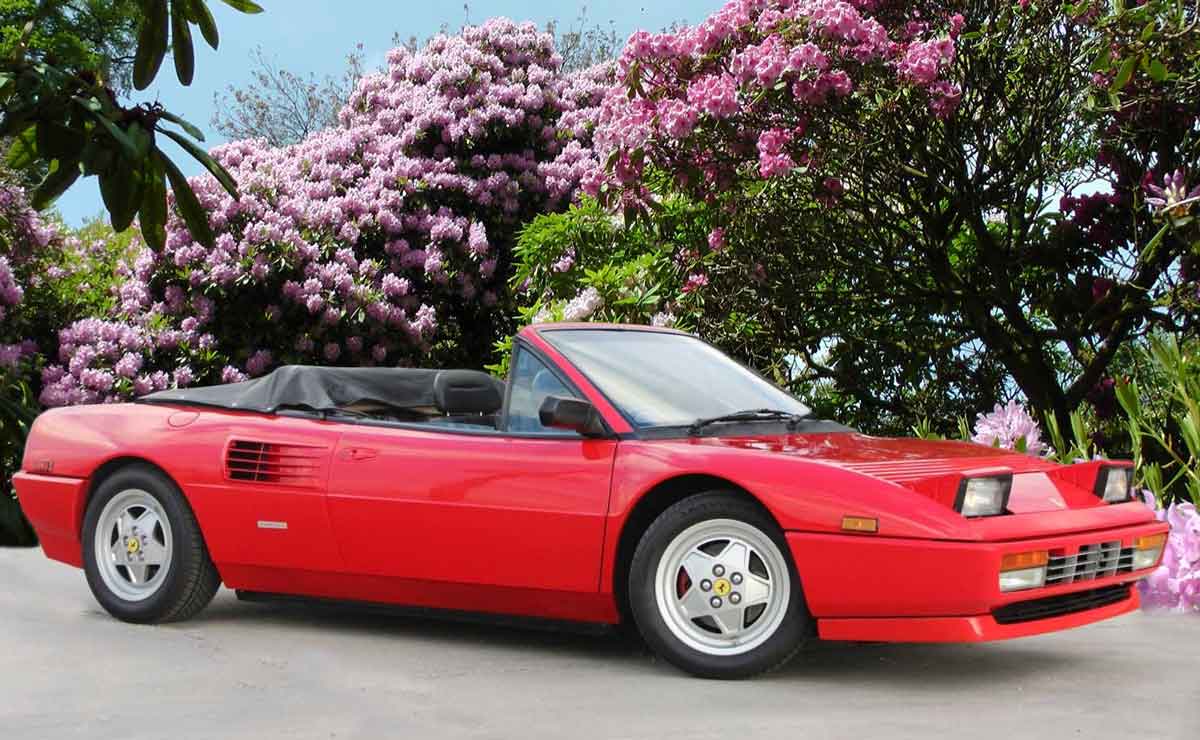 The 1980s were not a good time for Enzo Ferrari. He was accused, fairly or unfairly, of pushing his drivers a bit too far. Certainly during the late 50s and 60s seven of his drivers were killed in races. Gilles Villeneuve, who he was very close to, was added to this list in 1982 during free practice for the Belgian Grand Prix and Didier Pironi suffered horrific injuries on the Hockenheim circuit.

He will not have been very happy about the Mondial Cabrio either, which was launched in 1984. There was everything that he disliked in the car. It was sensible, practical, usable. The cars that Ferrari had created when Enzo was in charge were anything but sensible and practical. They were often uncomfortable, difficult to drive but fast and engineered impeccably. The Mondial Cabrio was generally considered to be unreliable and underpowered and it was not for nothing that Time magazine claimed it to be one of the worst cars of all time.

The specification was not all that bad. Pininfarina designed it and it was named after the 1950s Mondial races but this is where the racing connection ended. No one was ever going to race one of these.

It was available as a 2+2 coupe or a 2+2 cabriolet; although the ‘+2’ bit was a little far-fetched since only young children would fit in. Anyone who wanted to cruise down the boulevard in the sunshine whilst been admired by the passing members of the opposite sex would have been reasonably happy with it and it was in fact a successful project with more than 6000 sold altogether during it’s production life. Press comment about it was quite favourable too, at least initially.

It was reasonably powerful. Engines, initially of 3 litres but rising to 3.4 litres by 1992, were based on the original 1968 Dino design which was starting to show its age. Later cars with the 3.4 litre engine generating 295 horsepower were capable of 158 mph with a nought to 60 time of 7.5 seconds but the smaller engines sometimes struggled.

The body was larger and heavier than previous two seater models and it was less aerodynamic too. Complying with more stringent emission standards meant that power decreased further and the complexity of the car meant that maintenance could be difficult at best. The only gearbox option was a five-speed manual box but this was a racing type with the gears in different positions to the normal ones. This allowed faster gear changes but it also made it possible to pick the wrong gear accidentally at the wrong moment. Eventually an electronically controlled ‘automatic clutch’ made gear changing easier as long as it worked okay but electronics were not the strong point of this car.

It went through numerous updates before it was retired in 1993. It may have been a volume seller and it was one of the more popularly priced Ferraris but many true Ferrari fans mourned it’s arrival and were glad to see the back of it .